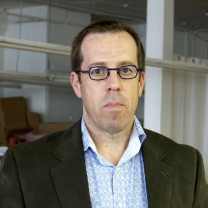 Gigaom Pro’s Jody Ranck has published a report looking at Health Apps for Smartphones – an emerging area of mHealth.

“We are in the early stages of a disruptive period in the health care industry, and mHealth is playing a significant role in that transition. This report examines the growth of mHealth specifically in the context of mobile health apps, from the medical arena’s use of the iPad to smartphone apps that combat chronic diseases and aging. And with research on the role of social networks in health outcomes growing by the day, the next generation of mHealth apps promises to bring further insights into the effects of social media on health outcomes”

I’ve got myself a copy and will post my review as soon as I get the chance (hopefully by the end of the week) – in the meantime what do you think?

My initial opinion: Where’s the mobile giants (Samsung and Nokia)? …which reminds me I’ve got to post my review of Nokia World which took place in London recently.