Just back from a 8 country business trip and it proved a great opportunity to check out some retail stores from around the world. The nicest surprise was seeing the success that DORO are having with their EasyPhones and to get a chance to see the new retail developments at Orange/France Telecom as they try to scale their mHealth business.

In addition to an overhaul of their website, they’ve added some interesting mHealth videos to their Orange Innovation TV in which amongst other things Thierry Zylberberg explains how “after 4 years working in this area” their strategy is clear: “to transport and store medical data all over the world”.

Along with the online update they’ve also now tasked “over 100 research and development engineers” with healthcare developing “services for professionals as well as patients around three axes: healthcare follow-up, prevention and well-being”.

Interesting additions include a dedicated business services page that profiles their work with SORIN Group and presents Orange as a consultant for Healthcare providers:

All must be quite fresh though as not all links actually work:

And a lot of the content is rather elementary/pictorial:

Whilst it’s a little disappointing to see in the 2011 video profiling their supposedly ground breaking “Free Film Region” PACS outsourcing solution that the system relies on SmartCards: 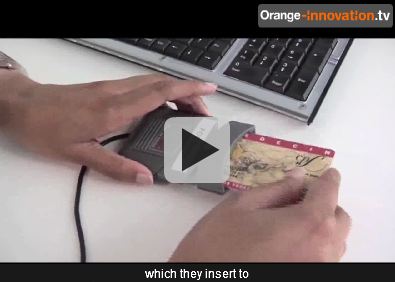 All is forgiven when you see the commitment they have to taking mHealth offerings to their 27 million customers through their 1200 retail store network through the new “Autonomie” sections of the stores:

And learn about the novel ways they have of approaching these new sales opportunities eg. the work of Olivier Plumerault’s new division targeting subscribers aged 65+ and it’s partnership with Adhap must make them the first mobile operator to actively target 94 year old subscribers:

It’s no secret that Orange/France Telecom have had a particular interest in this sector for some time but even in France they remain the only operator that has a focused high street retail offering, the only other approaches to this market on the high street seem to be the DORO PhoneEasy’s that are being sold by rival SFR: 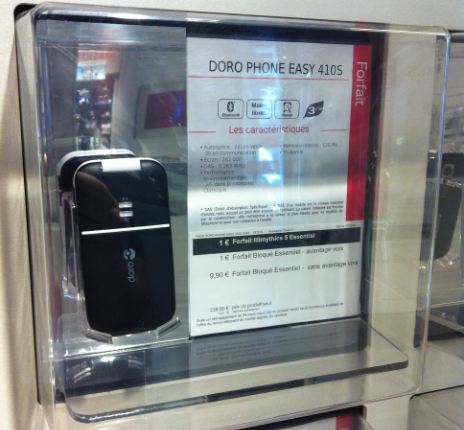 and cross-network in the Phone House network of stores:

While it was great to see the line up included a couple of Smartphones (BlackBerry 8250 Curve and Nokia C5-00) the extent of the personalisation was non existent/very limited. The BlackBerry Curve was a BlackBerry Curve:

And the Nokia was installed with an “Assistant Vocal” application that enlarges and reads text and increases screen contrast (in my opinion – shared with mobile industry guru Tomi Ahonen – this is a feature that Nokia should introduce to the “settings” menu across their entire range as soon as possible):

It was disappointing to see that of the 9 “big button” fixed line devices in their catalogue (which included the Geemarc Serenities and Photophone 200 that you can see on display) only one featured the HD Voice functionality that is being given a big marketing push by Orange (and is a really valuable service for seniors):

It wasn’t a surprise to learn from the store manager that this “Orange” branded HD Voice featuring Sagem D58W cordless phone was proving the best seller (at €44 each) in this particular display unit:

In conversations with the store manager it turns out that the area itself wasn’t proving very popular as “walk-in customers probably don’t know about it as there’s no outside store visibility” but he also explained that the sales process isn’t straight forward enough for the time he normally gets with customers.

He also mentioned that they get very few customers enquiring about this area as a lot of the buyers for the more comprehensive products (such as the Versatis Macaron+) tend to be shopping for someone they care for. It’s just as easy for these carers to order it online/by phone when/where they learn about it, saving themselves the trip to the store.

Attempts to just “sell it to someone who’s just walked in off the street” are futile as the explanation and set up is rather complicated and you’d generally be explaining it to a mediary eg. they’d have to go home and ask someone if they’d like it.

In general it’s a very good first attempt from a mobile retail store and even if I can immediately see some key products that are missing from the line up eg. a smoke detector/fire alarm would be much easier for the retailer to introduce, explain and close a sale on (which would help create new “Orange” branded ongoing customer relationships):

The most surprising thing was the low profile of the Orange/Mondial Assistance offering. Despite the phenomenal success story being reported by Orange’s VP Healthcare there was no information on this instore except for a single page advert in the brochure and the manager reliably told me they’d never sold a subscription and that he doesn’t think it’s a success as “most elderly people living alone in France have someone they can call for assistance”. 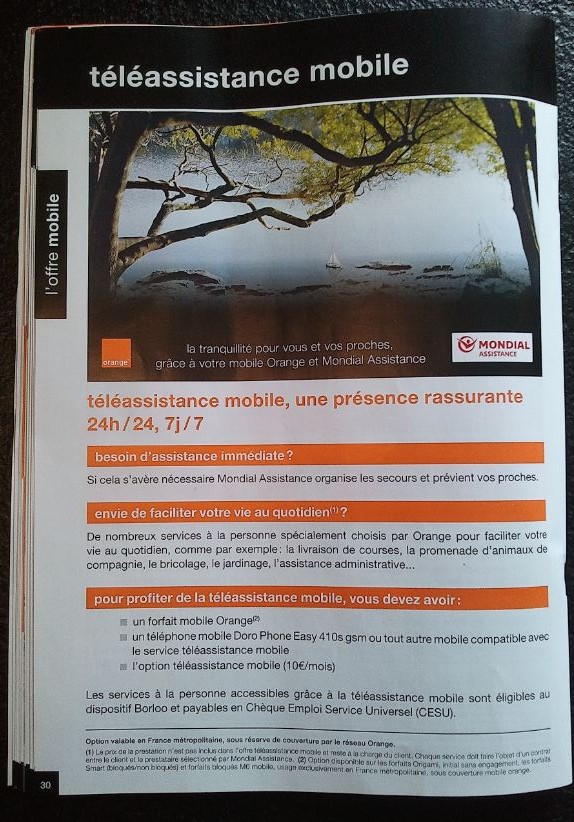 All the same the Autonomie initiative really is a step change from the way the rest of the mobile retail market is operating in France, and the additional instore knowledge/expertise is very welcome. In SFR stores across the road for example I saw these outdated questionnaire devices: 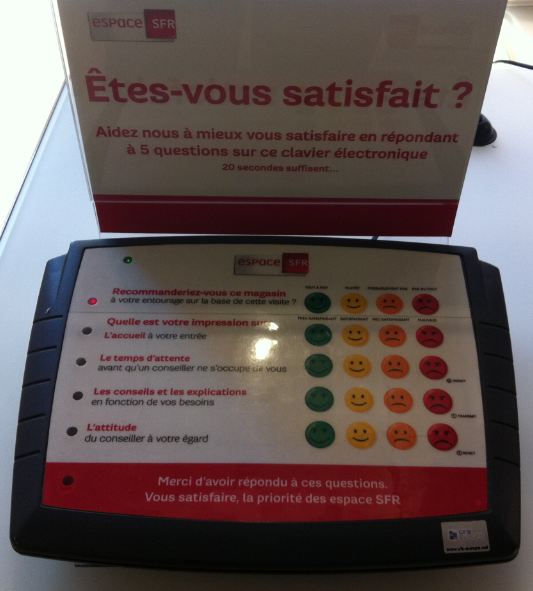 Which might have made sense where it not 2011 and they weren’t on a bench alongside display models of the Samsung Galaxy Tablet and Apple iPad 2 that had no connectivity preventing instore demos (which is another problem altogether!)…

Still compared to the efforts of the large retailers here in Ireland at least they know the names of the devices they’re selling: 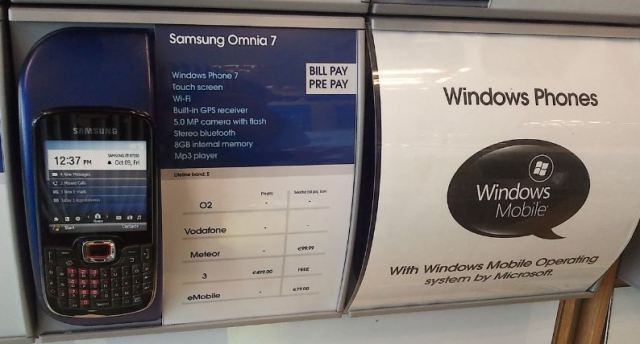 and they don’t just have websites/catalogues up to date and working:

but they’ve also appreciated the accessibility needs and gone for a high contrast, large text format for the “Autonomie” brochure:

And if you think any of that’s interesting wait till you hear (in part 2 of this post) what they tried to sell me in a Turkish mobile operator store!!!

Unfortunately videos linked to in this article have disappeared in a revision of the Orange Innovation TV website so here’s my copy of it thanks to youtube: