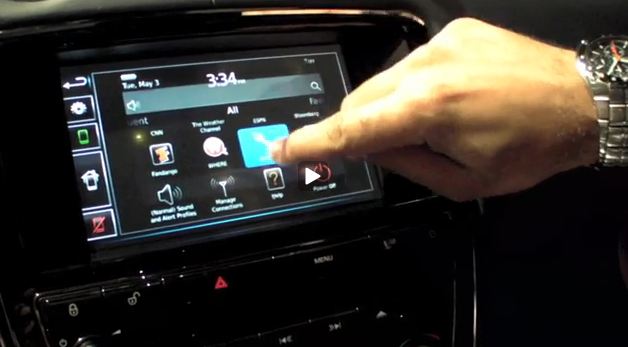 Now you might not think this takes a big leap forward, you might be aware of similar efforts at Nokia, or of the VW groups (parent company of the luxury auto brands Bentley & Audi) efforts to integrate entire Apple iPad touch screen devices into their flagship vehicles, but I think this provides a very important lesson about what device is set to be the remote control for our lives.

The lesson for healthcare providers focused on the Interactive TV opportunity

I think Jaguar Land Rover is taking the right approach. Whilst I’m sure there is some mutual inclusiveness between Bentley owners and Apple fans and I can obviously see it’s appeal in chauffeur/rental vehicles I fail to see why a auto manufacturer would want to alienate those that are already familiar with other mobile brands such as Vertu/Nokia/Samsung or lock their vehicle to a consumer device that could even be obsolete by the time the car eventually sells.

Yes, TV does have a special place among seniors and not all are PC or smart phone savvy, but that mobile in your patients pocket is perfectly placed and for some time now it’s been more than capable of wresting control of any modern TV screen.

If BlackBerry is being given the keys to the screens in £100,000 luxury cars maybe the assisted home environment you’re trying to create on a shoe string budget should also pay attention.