For how long can we ignore the opportunity mobile offers us to engage with patients?

As the number of consumers accessing healthcare content on their mobiles reportedly doubles in the last year I continue to be amazed at the lack of mobile engagement healthcare providers are willing to offer their patients.

Of course Doctors at St Mary’s Hospital in Paddington participating with the Department of Health on their Maps and Apps competition talk about having Tesco style iPhone Apps but the reality is we need much more basic cost saving initiatives first and St Mary’s Hospital trust doesn’t even offer patients a simple SMS appointment reminder/cancellation service:

I can’t believe anyone who lives in London (a city that has no working mobile networks on it’s extensive underground transport system) would expect patients to be able to call or email if delayed.

Isn’t it about time we started asking what exactly is the agenda of a hospital that is actively encouraging patients to call in when 99% of their patients (or their carers) have the capability of sending a SMS? 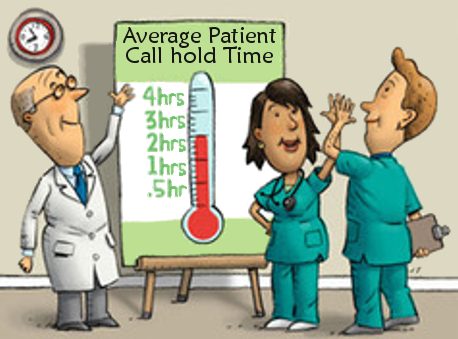 Unfortunately it gets worse if you actually visit the hospital because then you get to see the latest innovative and expensive technologies that have already been deployed by Europe’s leading teaching hospital eg. the “talking sign” that features on the wall of the main reception that hasn’t actually been working (“talking”) for more than a year: 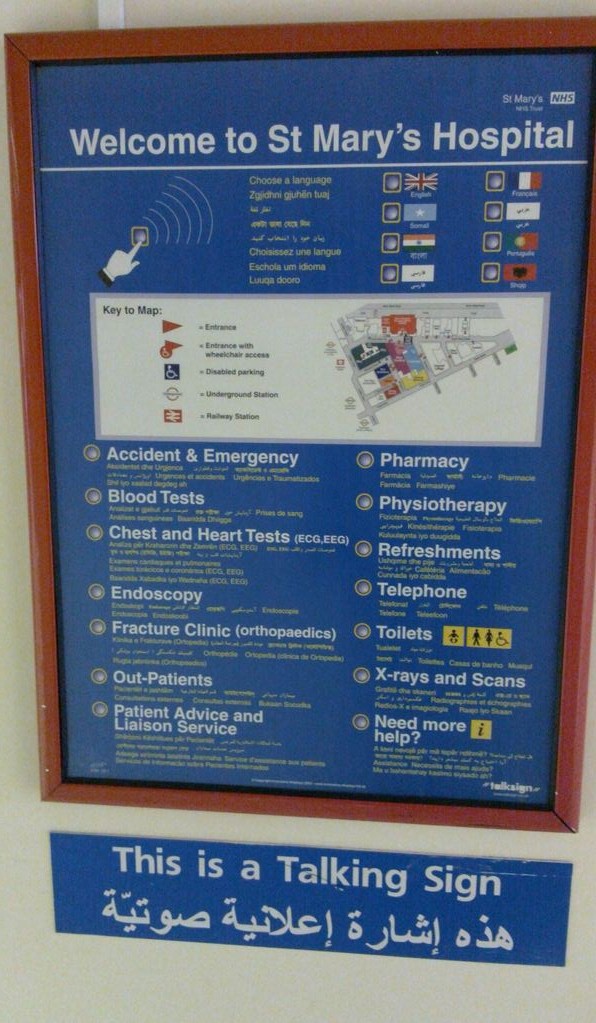 Or the cutting edge call plans that they offer through the latest in entertainment and communication technology:

Of course we have rail networks generously participating with the Samaritans (providing them with powerful adverts all over the rail networks): 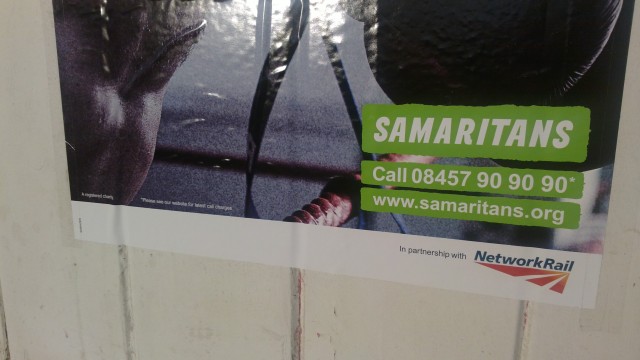 With such an important issue at stake can you really be unaware that patients calling these “0845” numbers will be charged at premium rate tariffs on the vast majority of UK mobiles? And appear prominently on the bills of patients using company provided mobiles as they’ll be additional to the normal included minutes provided by calling plans?

It continues to astound me that with all these super smart people in healthcare we’re still so far behind other industry sectors that are using mobile to so effectively engage with their customers. 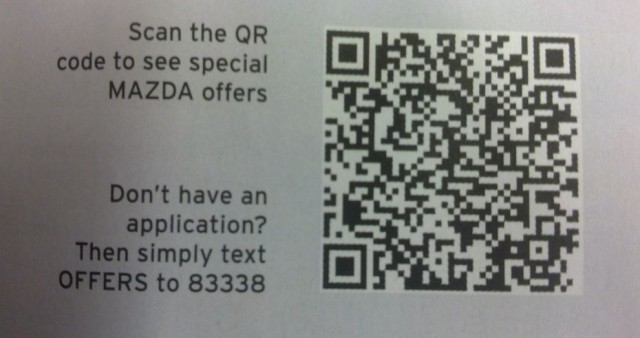 2 Responses to For how long can we ignore the opportunity mobile offers us to engage with patients?