Why are we talking about how the FDA MIGHT negatively impact the development of mHealth services when it already is? 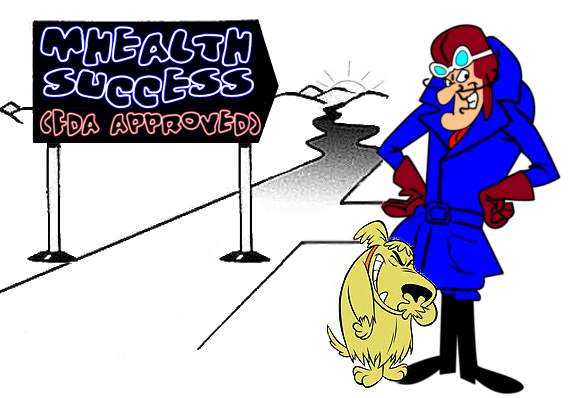 “For a mobile medical app that requires pre-market approval additional time and costs may require 72 months and 75 million additional dollars, these added costs will mean some applications that provide real benefits to patients may never be developed or used, negatively impacting consumer welfare and patient safety”

Nancy K. Stade, Deputy Director for Policy at the Centers for Devices and Radiological Health, in a letter to the FDA. SOURCE: THENEXTWEB

I can’t work out why more people aren’t picking up on the fact that the uncertain FDA regulatory environment is already having some much more real, profound and measureable impact than this potential problem.

If you just look to what’s happening at Qualcomm (a firm that has the most successful IPR model in the mobile industry, is one of the technology world’s biggest spenders of R&D and is a major investor in mHealth innovation) it becomes quite obvious that they’re having to commit to a road map that is completely pointless JUST to satisfy the FDA eg. Paul Jacobs CEO announced at the recent Wireless Life Science Alliance meeting that their 2Net business exists purely to satisfy the FDA.

To put this in context every single day in 2011 Qualcomm spent $7.7 million on R&D (total spend for 2011 was $2.8 Billion) so as a company they could afford a $75 million dollar mHealth approval from their R&D budget every 10 days but they’re not even able to do this because they and their partners are tied up doing pointless exercises with obsolete devices to satisfy the FDA.

Even this represents just the tip of the real problem as at even bigger firms that haven’t yet made public top down commitments to mHealth such as Samsung (who will spend $12 Billion in R&D in 2012) or Intel (who spent $6 Billion in 2011) there isn’t even the capacity to properly focus on the possibilities in this area until the ROI potential becomes clearer.

In my opinion the current requirement for superfluous already obsolete devices to satisfy a single regulator isn’t helping with this at all.

2 Responses to Why are we talking about how the FDA MIGHT negatively impact the development of mHealth services when it already is?