Will mHealth enable the unreasonable people to unite? 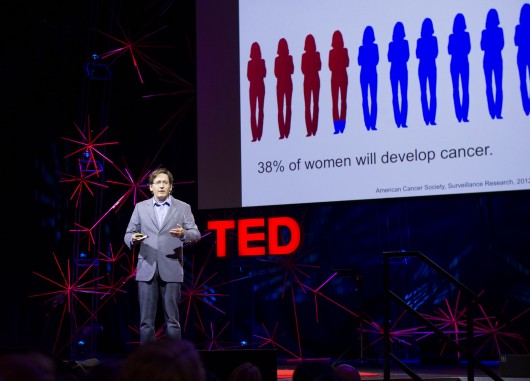 I look forward to watching John Wilbanks’ TEDGlobal talk in which he proposes a medical commons as a way for people to gather their medical data and share it freely.

“As such, the data collected on diseases such as prostate cancer or Alzheimer’s descends into a silo from which it is impossible to extract. “It cannot be networked, it cannot be integrated, it cannot be used by people who aren’t credentialed,” says Wilbank. That means a physicist couldn’t use it to try out a good idea. A computer scientist would have to get credentials to use the data to test a hypothesis. “Computer scientists aren’t patient,” he says. “They don’t file paperwork.” The inference: what lateral thinking are we missing through this well-intended departmentalization? ”The tool to protect us from harm is protecting us from innovation… …But there’s some good news. Our world includes “digital exhaust,” a phenomenon he thinks of as the dust trail kicked up by his son running in the woods. That means we can track our selves on our own. He shows an iPhone app, Eatery, through which we can monitor and share details of the food we eat… …not using this data to understand health issues through mathematic analysis “is like having a giant set of power tools but leaving them not plugged in while using hand saws… …This is the world’s first fully digital, self-contributed, unlimited in scope, global in participation, ethically approved clinical study,” he says. It’s a way to reach behind and grab that dust, to extract medical records and donate them, to have them syndicated to mathematicians who’ll do big data research.” To sign up, all you have to be is over 14 years old, “willing to sign a contract to say you’re not going to be jerk. Oh, you have to solve a Captcha too.” That’s it. “If you don’t like those terms, don’t come in”

The talk seems to have underlined why electronic patient data needs to be patient owned, data aggregators need an “opt in approach” and why even a somewhat unstructured mHealth system can bear more fruit than a bloated legacy HIT system that is owned/operated by a government/provider/insurer.

I’m not sure how a “virtual non profit” is going to work but I wonder how different it makes Consent to Research from the for profit model adopted by an online patient community PatientsLikeMe – a service that has had to mislead patients quite prolifically in it’s search for growth.

1 Response to Will mHealth enable the unreasonable people to unite?