This fun All Things Digital comic strip looking at a future Google Store Experience got me thinking about how you might depict the experience in a Digital Health Clinic envisioned by Vinod Khosla and powered by IBM Watson – the Jeopardy winning artificial intelligence engine that’s apparently going to make Doctors obsolete (according to the front page headline on this months Atlantic printed Magazine anyway). 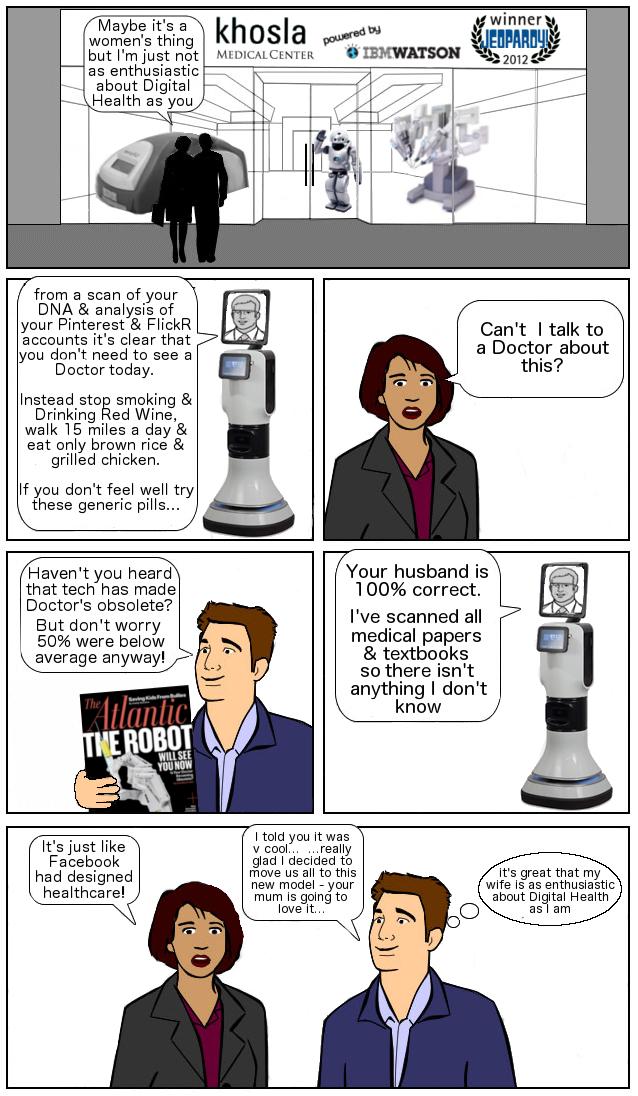 What would you have added?

Following news of Apple’s health sensing Watch I read this latest “reinvention of medicine” TechCrunch article by Vinod Khosla and thought it would be a good idea to update the comic to keep it fresh:

A Dilbert cartoon does a IBM Watson medical update on the old ‘Airplane of the Future’ gag (In the future cockpits will just have a dog and a pilot. The dog is there to ensure the pilot doesn’t touch anything and the pilot’s there to feed the dog):