Sophie Borland, Health Editor at the Daily Mail, reports on how NHS Hospital’s who have installed expensive ‘airport style check in’ touchscreens are now going to scrap them or have them manned by nursing staff after they found that Patients ‘exaggerated symptoms to skip the queue’. 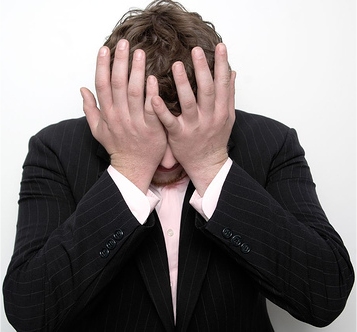 Lets be clear: In 2016 if you force Patients to have to come to a Hospital/Clinic to do something they can do on the mobile phone in their pocket you will annoy them and they will in turn play about with your service to game it to their advantage.

Why don’t these Hospitals just let Patients share their medical history with them before they make the journey to the Hospital and then forward them back to their NHS GP if that’s the most appropriate place for them to get care?

Why don’t these Hospitals incentivise their local GPs to help them manage their demand by providing online services to Patients eg. Rupert Bankart has made a compelling case for the NHS to back AskMyGP’s roll out across the country.

This is such a ridiculous idea that I find it hard to believe that a hospital A&E could be backing it. Calling this ‘Airport style’ is an insult to the aviation industry eg. imagine Ryanair.com operated like this and had no website but paid hundreds of staff to stand about helping customers use computers in the check-in area (isn’t that what the big airlines used to do back in the 1990’s before we all had the internet?).

I think it’s fairer to say that Patients are faking symptoms because they realise the kiosks are a wasteful process being forced upon them eg. similar to the Patients who book ‘just in case’ appointments at NHS GPs that they then don’t need to attend aren’t playing games with their GP but are just ensuring that a computer isn’t going to do them out of care that they think they need.

Why does every interaction in the NHS have to have a receptionist gate keeper? We know that the most dangerous interaction in the NHS is the receptionist who sends a Patient away without properly screening their needs, but can you imagine how many mistakes are being made in these Hospitals if they are so overworked that they need touchscreens to help them meet the demands of just administratively checking Patients in?

“They enter their name, date of birth and answer a series of questions about their symptoms and the system automatically locates their medical record”

Seems like another huge security oversight by the NHS. Every bank ATM in the UK has a notice warning of shoulder surfers and hidden panel cameras so can you imagine facing the prospect of having to enter all that data into a giant (unwashed) touchscreen in full view of anyone? NHS Hospitals need to think Mobile 1st and let Patients use their mobiles.

“If they enter any details which are particularly concerning, they are flagged up on the system and seen within eight minutes”

I can’t imagine how this process might even begin to stall a person who is a persistent abuser of A&E services. On the other hand I can imagine plenty of people playing down their serious symptoms because they don’t want to make a fuss and it-might-not-be-serious-after-all.

“The system also enables patients who deemed less seriously ill to be diverted to the minor injuries unit next door, staffed by GPs and practice nurses”

Imagine an airline that thought behaving like this was okay in 2016. Imagine arriving at Heathrow airport, parking your car, getting to the checkin desk, filling in all your information and then being told that for the destination you want you need to travel to Gatwick Airport.

“Managers are now considering an overhaul which would ensure the kiosks are supervised by nurses to ensure patients tell the truth. Kevin Phillips, Chief medical officer said: ‘People who are not that sick are entering details which make them look sicker ‘Emergency care in this hospital does not run the same as how it runs in bigger hospitals. ‘We are looking at we put a better triage system, in with humans, which would make a big difference. But a growing number of patients have begun fiddling the system by exaggerating their pain or inventing systems altogether”

I think this ‘inventing symptoms’ comment is very revealing as it’s probably happening because Patients know they are working with a non-functional system. It should be obvious that making Patient records accessible to Patients is a prerequisite of any of this making sense because in this situation the Patients are being made to go through the history taking process as a means to getting seen NOT getting the most appropriate care.

Patients who want to add fake symptoms to their medical records are an even more obscure minority than those who have nothing better to do that waste A&E services.

“The A&E unit is one of many across England struggling to cope with the soaring patient demand…  …Initially senior doctors hailed the system as a ‘huge success’ as it reduced the numbers queuing at reception – and seemingly correctly diverted them. Dr Mark Simpson, an emergency department consultant and chief clinical information officer, said in January 2014: ‘It has worked better than I dared to think about. ‘One of the things that we’ve struggled with in the past is to assess patient pain. ‘We have put in the clinical parameters to give them some form of assessment. If anything is critical, it will flag up – such as chest pain,” said Dr Simpson”

I think this highlights the importance of using clinically validated medical history taking questionnaires. It takes minutes to code up a questionnaire that ‘looks good’ but the Patient experience and clinical value of the output is a really hard thing to engineer.

Dr Allen Wenner famously states: “Do you know why Pilots insist on using validated evidence based checklists before taking off but Doctors are all too often happy using any old questionnaire? Because Pilots have to get on the plane“.

At 3G Doctor we use an adaption of Instant Medical History (a Q&A tech developed by Primetime Medical Inc that’s been validated at the Mayo Clinic by John Bachman MD, Prof of Primary Care) and it would be interesting to run this  in a head to head with the Hospital touchscreen. Perhaps I’ll drop into their A&E with my iPad and film the two being used head to head by an obliging Patient?

What are your thoughts on touchscreens in Hospital A&Es? Are Hospitals putting the cart (kiosk) before the horse (website)?