Are Airports more interested in your medical history than your GP? 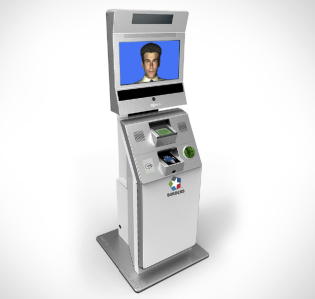 “It has different tools and sensors: iris scanners, finger prints, facial recognition. It has video cameras and microphones, and eye trackers to measure pupil size and how that might change during the course of an interview. We also have floor sensors to judge how people are standing. It really is a myriad of sensors…   …we hope the passenger experience will be convenient and quick. Rather than having to waiting in large queues to get to border security officers, we envisage there will be a bank of AVATARs that can be used to self-screen by scanning your passport. It pulls up your information and the system knows what questions are pertinent based on your status, visa, country of origin of travel, and so on…  …you can get though the process faster, as the majority of the questions usually asked by a border official have been asked by the kiosk. The human component is filling in the blanks, or what the AVATAR suggests needs following up…   …when asked about drugs, for example, it might notice a pattern that someone is answering with more ager or uncertainty. It is essentially looking at the behaviour that might imply there should be further investigation…   AVATAR is an interviewer, actively listening. A lie detector evokes images of a polygraph We’re almost opposite to that… AVATAR is meant to gather more information for the decision makers”

I find it fascinating to read about how airports are trialling sensory kiosk technology to analyse health data while travellers complete interactive questionnaires as so little development has been made in the use of such tech in the healthcare industry despite the abundance of evidence going back decades:

Can you imagine the situation where medical discoveries will be revealed to border officials and perhaps not to Patients?

It’s interesting to compare this to the situation we have in modern office visit only Doctor practices where Patients turn up and the time pressured Doctor is left having to guess what’s up and even complaining that Patients are wasting their time (when we know the availability of simple Q&As on their mobile could’ve let Patients self manage most of these health concerns and will help Patients share more honestly especially when it involves very sensitive concerns).

It also confirms to me one other way that Digital Health will increasingly grow to be distinct from mHealth in that it will be something that will be seen to be done to Patients (rather than with them) and out of their control (it’s positive to note that Apple has strategically recognised the threat of this major issue).

Perhaps GPs are just too fatigued for innovation that has been clinically validated?