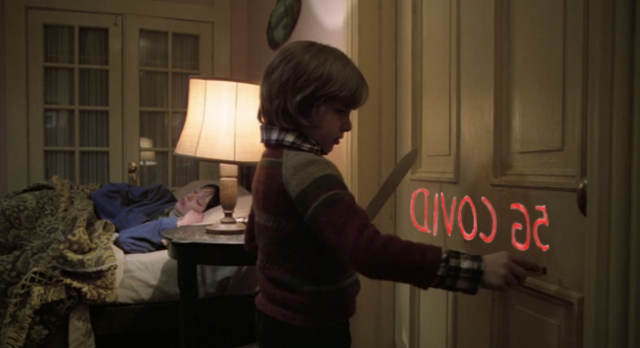 The BBC’s Leo Kelion reports on how social media firms have been asked by the British Culture Secretary Oliver Dowden to be more aggressive in censoring ‘crackpot’ 5G conspiracy theories linking 5G mobile networks to the the coronavirus pandemic following a number of 5G masts apparently being set on fire.

mHealth Insights
The telcos really are dead set on shooting themselves in the foot as they attempt to roll out 5G without addressing basic reservations held by people who have been detained within their homes as a result of what they’re told by the media is a deadly virus that either originated accidentally from a Laboratory or a Wet Market in Wuhan China.
Instead of investing in efforts to explain to the public the obvious things like what 5G is, why it’s needed, how it’s being paid for, what it will be used for and how they can ensure it’s never weaponised they’ve instead took to using government power and their influence with website owners to prevent online discussion.
I see that the discussions are already being throttled with shadow banning on Twitter for people who are even just sharing the BBC News article: 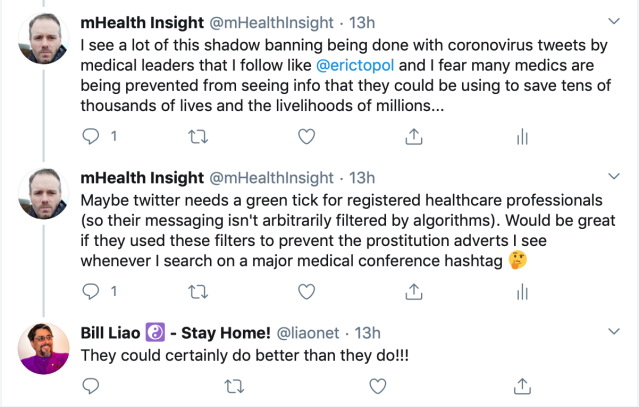 I think it’s obvious to anyone that we’re going to see these online bans fueling people who make business from selling people on conspiracy theories and fear (because now they can easily tell cynics to try and ask something about 5G and COVID19 on their own twitter page and they’ll see for themselves that their voice is being silenced) driving lots of off-line conversations and this is going to be huge for driving audiences from what will increasingly be seen to be tightly controlled government approved social media sites to encrypted websites that require the TOR browser etc and to Off-Line meetings and printed materials.

Related posts:
Join us at London Futurists: What should we learn from the Covid-19 crisis?

The biggest challenge facing Mobile Operator’s 5G Plans: Apple might get to decide what 5G is.