Can mHealth applications even change our perception of Disco Dog coats?

Okay so it’s quite obvious most journalists are finding this ‘successful’ kickstarter project to be a really bad idea but does your perception change if the developers were able to add a wearable biosensor to the inside of that jacket (like the low cost FDA cleared Alivecor ECG sensor that are being bought by Veterinarians from AlivecorVet) and pair the biosensor output with the lights so dog trainers could more easily and effectively train their dogs olfactory system for cancer screening/detection (eg. detecting prostate cancer specific volatile organic compounds in urine samples).

The athlete opportunity is huge (some really innovative work is being done to enhance athlete training, prevent heart attacks, etc) but perhaps you’re still not convinced? What if a later version could be worn by a child who suffered from epilepsy and it could give them and their carers advance warning of a seizure?

Healthcare has a design problem/Wearables have a perception problem. Care Transforms our Perception of Technology.

How Mobile First Clinical Trials & Ratings will transform the $100B Clinical Research Industry.

A colleague shared this video of a young man using his Samsung Galaxy VR headset on the NYC subway:

Would you think any differently about his behaviour if I told you he was a Registrar training to become a Bowel Surgeon and was revising by practising a simulated virtual colonoscopy exam?

Business Insider: Google has an idea for a goofy hat with a camera on the brim that works like Snap’s Spectacles.

I wonder if people would still think the cap was ‘goofy’ if it was worn by a paramedic (who could  connect via video and the built in speaker with an emergency medical consultant in real time)?

Related post: mHealth for Emergencies: because there’s only one device at every single medical emergency

Roy Cellan-Jones is rather unimpressed reporting for the BBC on HMD/Nokia’s attempt to market their new ‘Nokia 8’ smartphone by talking up a new ‘bothie’ video calling feature: 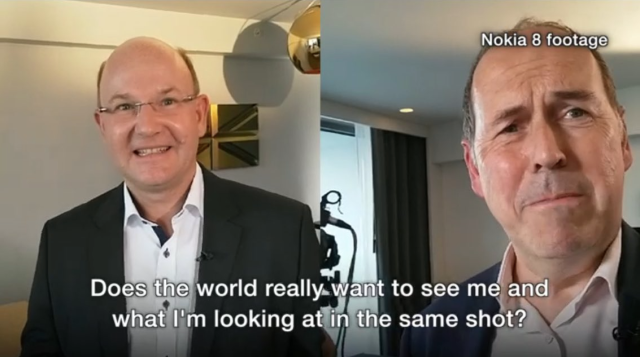 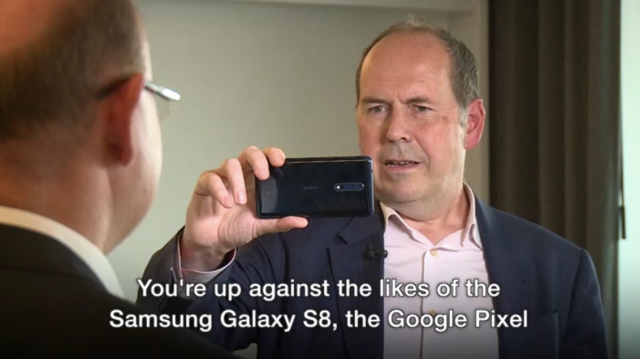 Classic example of mobile brands trying to sell the sausage and not the sizzle but it’s unforgivable with the iPhone in it’s 10th year. Why don’t these tech marketing professionals spend some time just trying to imagine how Apple would’ve presented the exact same feature?

Phillippe Kahn had a better idea of the value of using a camera with your phone 19 years ago before cameraphones were even invented?

The tech introduced here by Nokia is pretty much being dismissed as a gimmick and struggling to make tech column inches. Could you imagine the mainstream news Apple would’ve made by not ignoring the obvious opportunity to show a new mother and father sharing their first moments with family and friends? To show someone live reporting the news from a major public event direct to millions of TVs in homes as it happened using nothing more than their iPhone? Perhaps the execs at Nokia/HMD don’t realise 5 million British Citizens live abroad?