How should we achieve Martha Lane Fox’s 4 key recommendations to the National Information Board?

At NHS England’s National Information Board #Health2020 meeting today Martha Lane Fox set out the above 4 key recommendations. I thought it might be helpful to offer my suggestions for how I think they might best be attained:

1. Reaching the ‘furthest first’ – making sure those with the most health and social care needs who are often the least likely to be online, are included first in any new digital tools being used across the NHS

I don’t think it’s helpful to talk about being ‘online’ when mobile is so radically transforming the internet into something that’s always on and increasingly involves networked devices (I explained this in much greater detail in the mHealth Symposium at the World Diabetes Congress last week).

The evidence for the need for us to take a Mobile First approach is compelling (eg. the fastest ever adoption of Electronic Patient Records by Patients happened when the Healthcare Provider organisation Kaiser Permanente adopted a Mobile First strategy and a similar approach is generating more than $325Million/month for a Pharmacy retailer) but it’s important to realise we don’t have a monopoly on the attentions of Patients so if we don’t develop for Mobile First (think SMS) I fear we’ll only ensure the ‘furthest last’ are completely lost to the advertising talents deployed by the low quality and high sugar content food/drink brands.

2. Free Wi-Fi in every NHS Building

It should be obvious that even if this was mandated by the Minister of Health today by the time all NHS buildings had WiFi coverage Apple will have made WiFi completely seamless with 3G (because they know that their customers don’t want to have to think about the security issues of evil twin/fake WiFi hotspots and network speeds can increase when you can jump onto a faster connection) but I think the big challenge every healthcare provider organisation (not just the NHS) faces is that they need to think beyond the four walls of the building rather than trying to dream up more opportunities to do things within them.

I can obviously see the point of banning Hospitals doing weird scams based on the telecom needs of Patients/Carers (as I’m forever getting in trouble for blogging about these things) but why would we want the healthcare professionals within the NHS to provide something that presumably even the mobile network operators (who specialise in this stuff and work to legislation set by regulators) can’t make work?

Surely the easier way would be for the UK government to mandate that NHS buildings have 3G coverage (it might stop the Hospitals from demanding so much cash for the siting of masts for a start but UCL in London has already collaborated to build it’s own 3G mobile network infrastructure following the 7/7 terrorist incident outside the BMA) and perhaps zero rated access to healthcare content and NHS.uk websites?

This is really important. It stuns me that so few NHS employees have even attained the basic European Computer Driver Licence especially when I see the speed that they’re rolling out mobile access to EHRs etc. We’re doing our bit to help with this eg. the CPD accredited mHealth for Healthcare Professionals Course we developed with the Healthcare Informatics Society but yes it should be clear that basic computing skills need to be a core competency that is expected of healthcare professionals in 2015.

Perhaps they should start with a top down approach?

4. An ambitious target that at least 10% of registered patients in each GP practice should be using a digital service such as online appointment booking, repeat prescriptions and access to records by 2017.

We all know how bad the situation is and why (eg. 2.7% of GP appointments are booked online because it takes Patients 11 seconds to grab £27 worth of their GPs time) so why not stop making NHS targets that everyone can ignore/blame others on and instead start championing those NHS Practices who are leading this step change eg. the Rydal practice in North London has seen over 40% of patient demand move online in only three months.

Have you heard of any NHS GP practices who have done better than that?

I think Dr West is obviously very right when you’re talking about high traffic areas in big hospitals, long term wards (where you can have passwords printed on menus etc) but the challenge I see is when you mandate that EVERY SINGLE NHS building must have  WiFi you create an unfortunate situation because normal people will expect it to be open and free.

This brings up some issues that are a little technical but I’ll try and explain it: NHS GPs and rural and NHS community facilities don’t have staff that know enough about IT to do this properly and face immense financial/staffing pressures that it’s unreasonable to expect them all to pay outside contractors to come in, install and maintain WiFi networks (look at all the much more obvious things low cost things that they don’t provide like SMS appointment reminders etc).

Then they’ll get a few complaints or negative ratings on NHS Choices website (like the ones that we all now know are encouraging GPs to prescribe inappropriately) from visitors who know that it’s been mandated of ‘all NHS buildings’ and so think it’s reasonable to expect it.

The result of all this is that unless there’s a completely ring fenced budget and dedicated program to implement WiFi everywhere they’ll probably just make available the WiFi network that they already have available to the public and as they have no real IT expertise and little time/interest in maintaining passwords you have a very obvious way of compromising the security to the NHS IT systems that we all want to have maintained securely. There will also be a range of other small nuisance issues eg. the WiFi networks that are designed to be used for other – sometimes very important – clinical and security purposes get slowed down.

When NHS buildings are guaranteed to offer open unsecured WiFi networks there will also be problems for Patients as such networks can be easily faked (eg. by Evil Twin WiFi Hotspots set up to capture private information) and while I will spare the details as really don’t want to be giving ideas to criminals it will become obvious that positioning fake WiFi networks in NHS buildings will net them access to some of societies most vulnerable individuals and there’s also the even more likely prospect of Patients falling victim to crime/fraud by revealing too much information on social media sites eg. they run the risk of having any home insurance claims rejected if their home is burgled after they’ve announced they’re in Hospital or even just inadvertently shared their location (there’s some good basic advice there that Martha Lane Fox should consider for her own Twitter account).

It’s been really bugging me how anyone (never mind someone so smart that they realised in 1998 that we didn’t need to visit travel agent offices to arrange travel) could think WiFi rather than Mobile was the opportunity for the NHS so finding this more detailed explanation on Martha Lane Fox’s blog has been very helpful:

“Enabling free access to WIFI across the NHS estate could significantly increase take up of digital health and new technologies. Free wifi is a public amenity and should be available in health and social care settings”

Imagine if we started thinking it reasonable to call on the NHS to fill the gap wherever there was a short fall in public amenities? This time it might be created by the failure of telecom companies and their regulators but would we call on the NHS to sort out supply failings at Thames Water or the Electricity companies next?

“It would have the added benefit of reducing the administrative burden on the health care workforce, freeing up more time for patient care. Some estimates suggest that administrative duties can take up to 70% of a junior doctor’s day”

I can’t see what this has to do with the lack of WiFi. WiFi doesn’t remove the administrative duties of a Doctor it just lets it happen anywhere and that’s already annoying the hell out of Patients who  increasingly don’t get eye contact because their Doctor is staring at a screen or thinking that they’re just wasting their time.

We need a step change in

thinking to reduce these administrative duties and key to this is joining up record systems so they work as seamlessly as the system that charts your pets health and start letting Patients help instead of leaving them begging for additional seconds to tell their story.

Most of the good apps for Hospital Doctors in the NHS work on iPhones and aren’t actually all that data intensive and 3G networks can easily cope with their connectivity needs (eg. VitalPac from Learning Clinic) but you definitely want them on secure and reliable networks (and not for example competing for bandwidth with a visitor who is enjoying a high bandwidth consuming multiplayer online video game, etc).

“As Professor Sir Bruce Keogh, NHS England’s national medical director has said “I recently asked a bunch of junior doctors what single change in hospitals would make their jobs easier. I didn’t expect the answer: Wi-Fi. But it makes sense”.”

The NHS needs to be really careful about prioritising what Hospital Doctors tell a former Cardiac Surgeon they want because they will obviously struggle to see beyond what will benefit them in producing more of the 2000 year old office visit based healthcare model that no longer works. The product the NHS makes should not be office visits.

Are there any GPs and Public Health experts (working to try and stem the tsunami of costs associated with obesity and preventable disease) calling for free WiFi across all NHS buildings?

Related: Imagine if a hacker visits an NHS Hospital and in minutes had a list of the names/DOBs/addresses of all the Patients thanks to the NHS’s ‘Free’ WiFi? “The idea that public WiFi networks are not secure is not exactly news. It is, however, news that can’t be repeated often enough”

The Daily Mail reports on how NHS Hospitals are now charging up to £40 per month to access a bedside screen:

That works out about the same as the monthly financing payments on a top of the range 3G iPad Air that you’d get to keep after a year (guess which one I’d recommend a Patient spends their money on?): 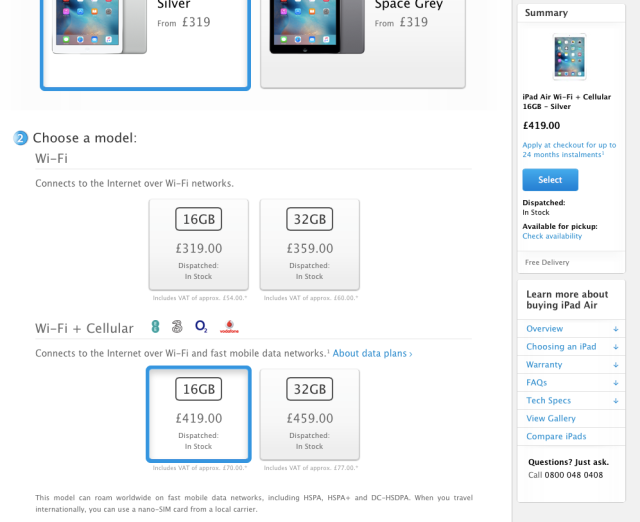 Why you really need to stop using public WiFi

1 Response to How should we achieve Martha Lane Fox’s 4 key recommendations to the National Information Board?